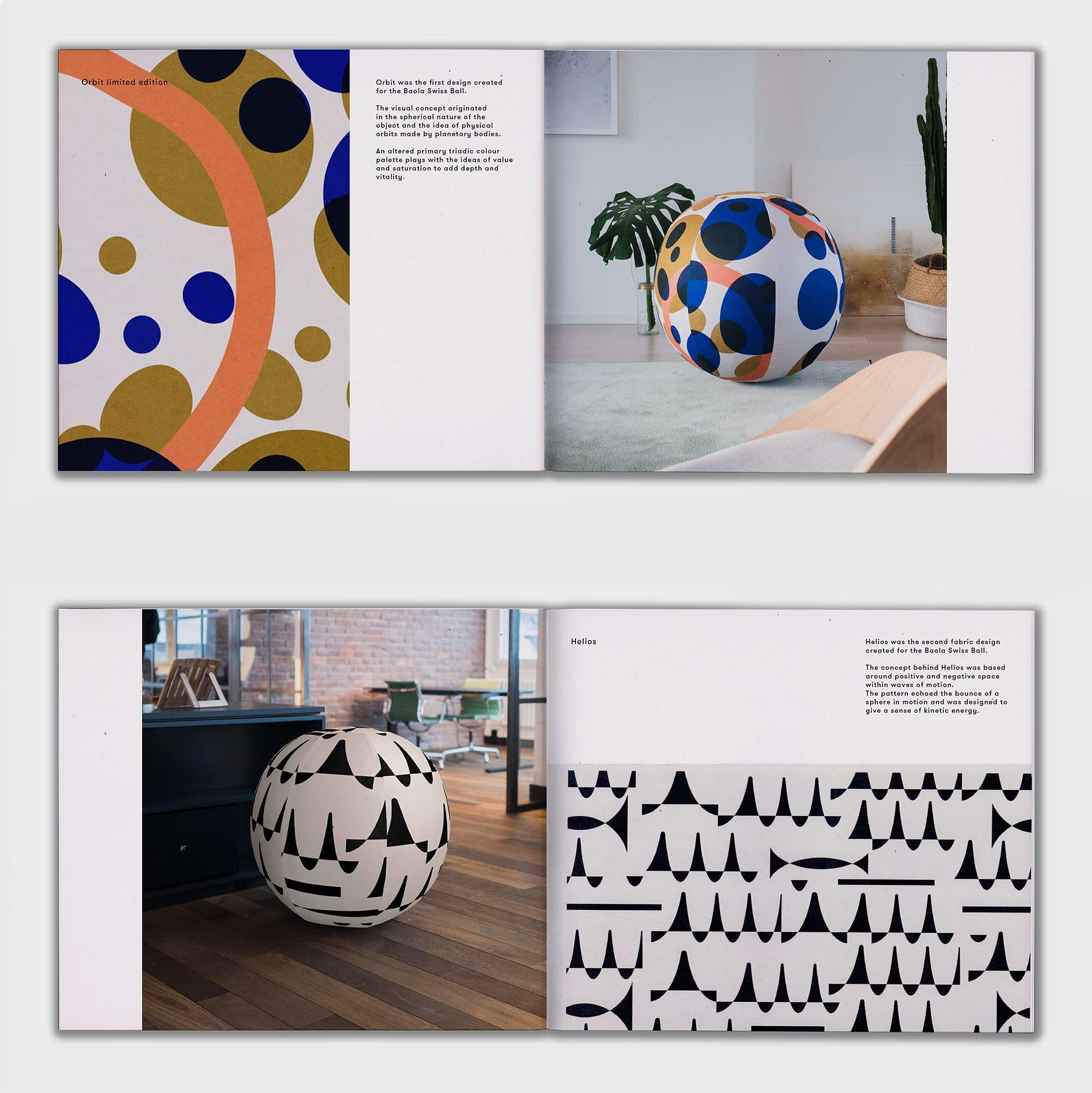 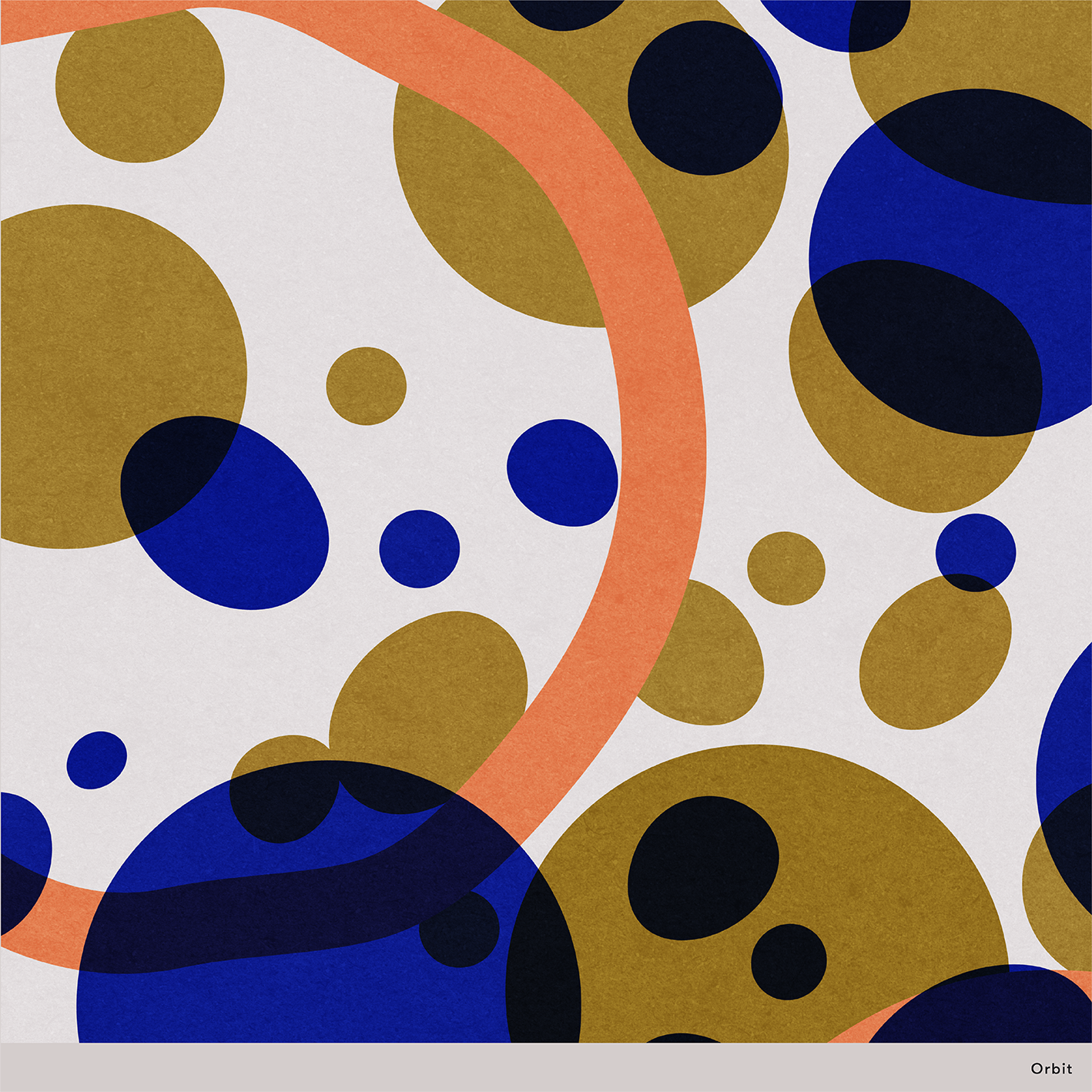 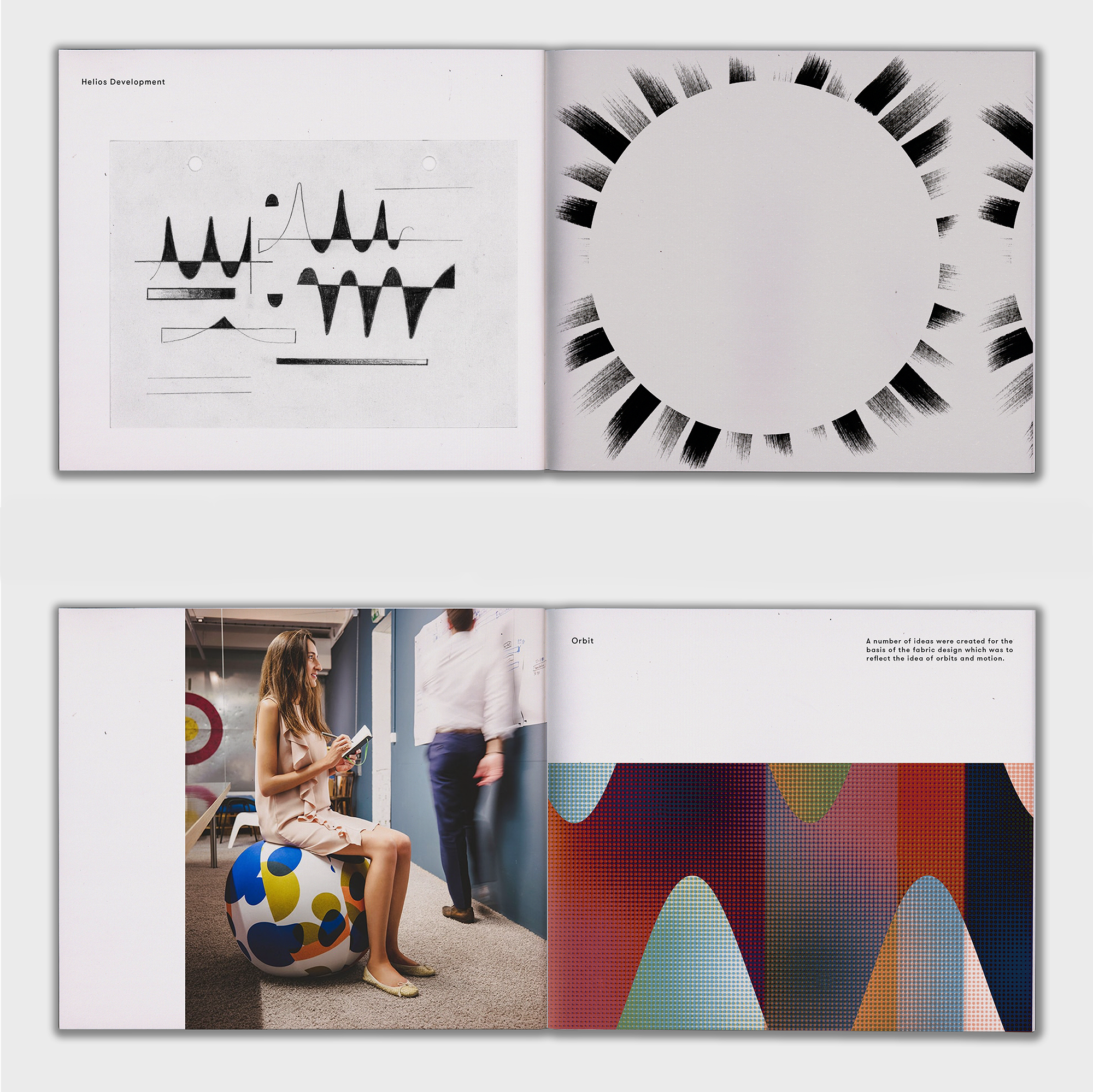 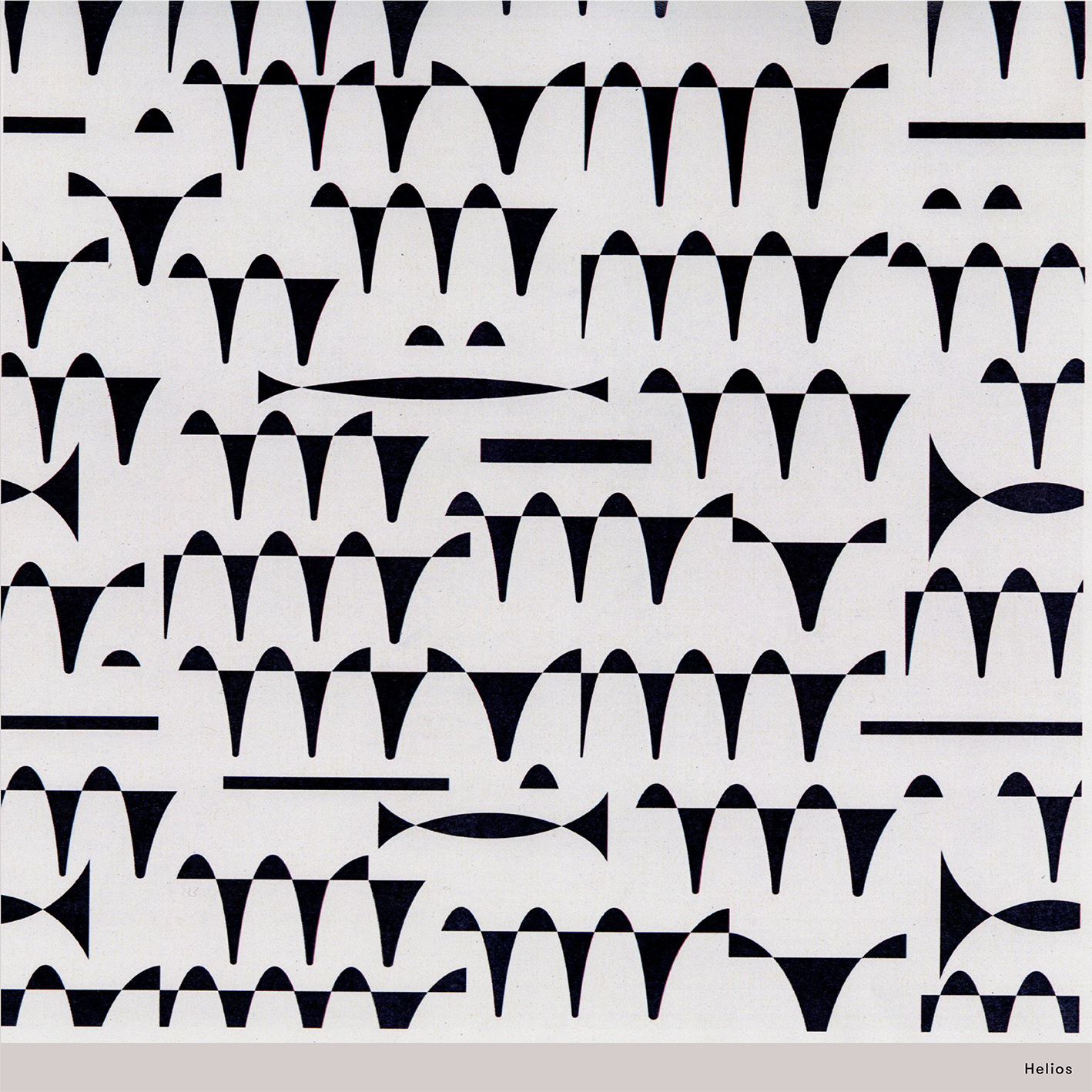 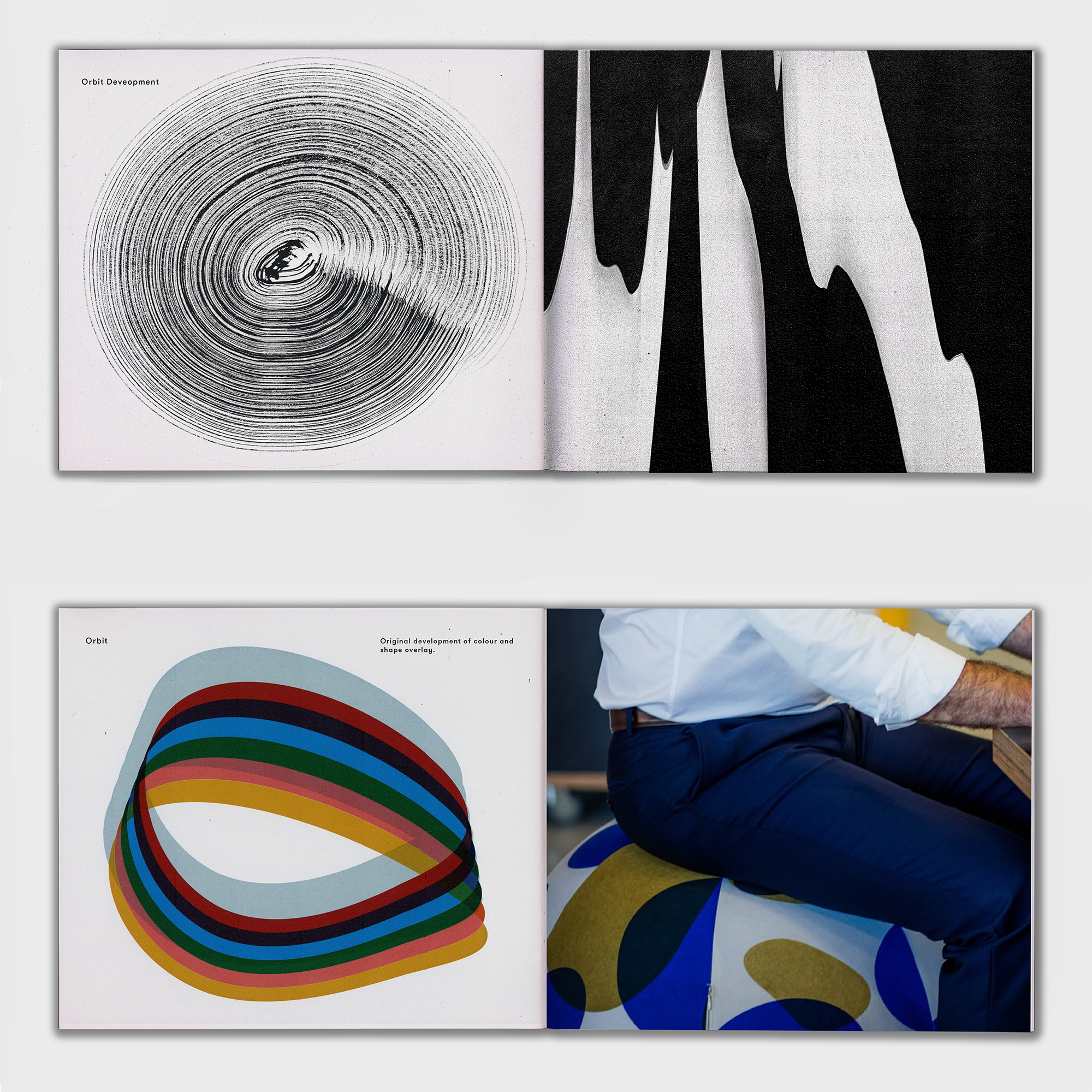 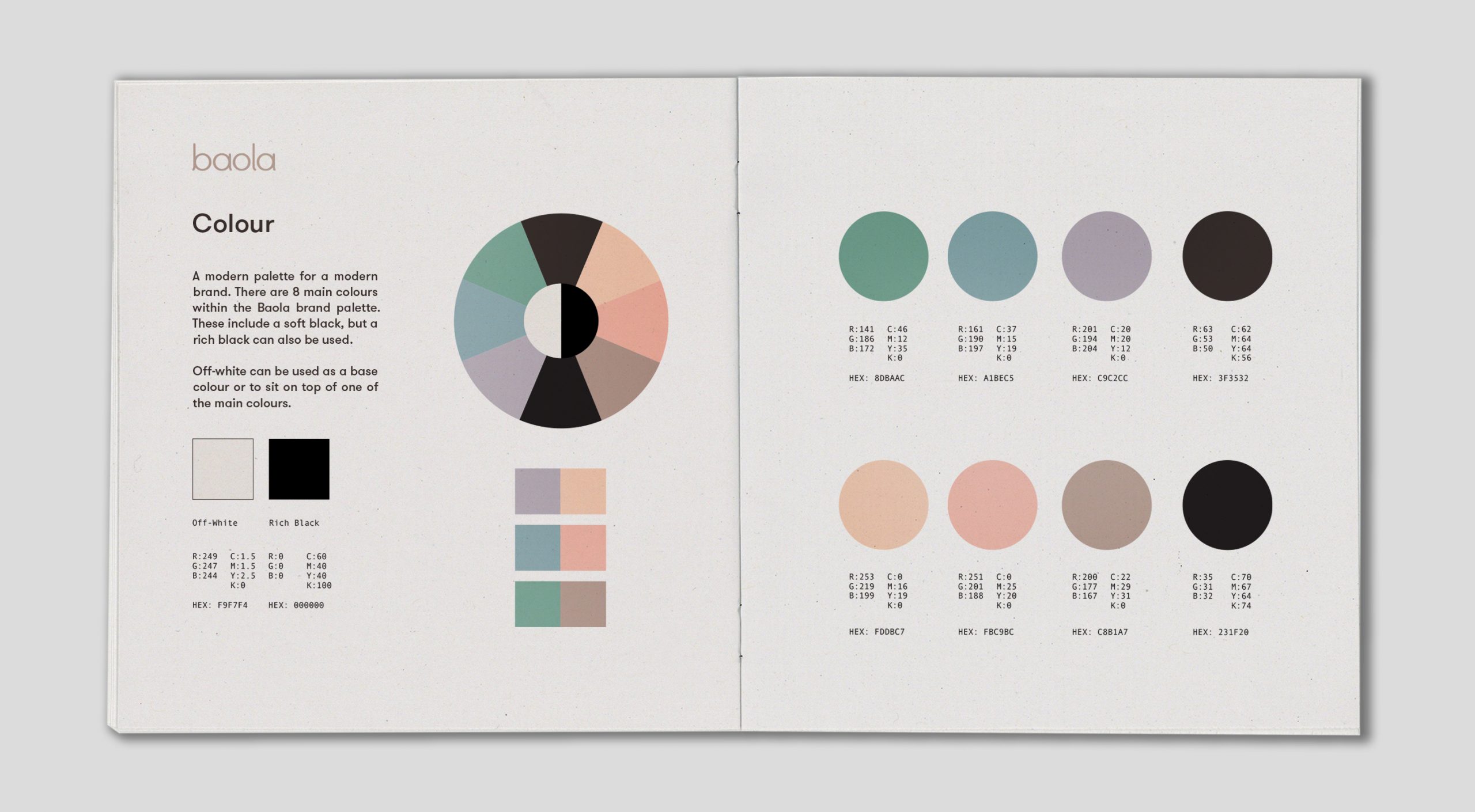 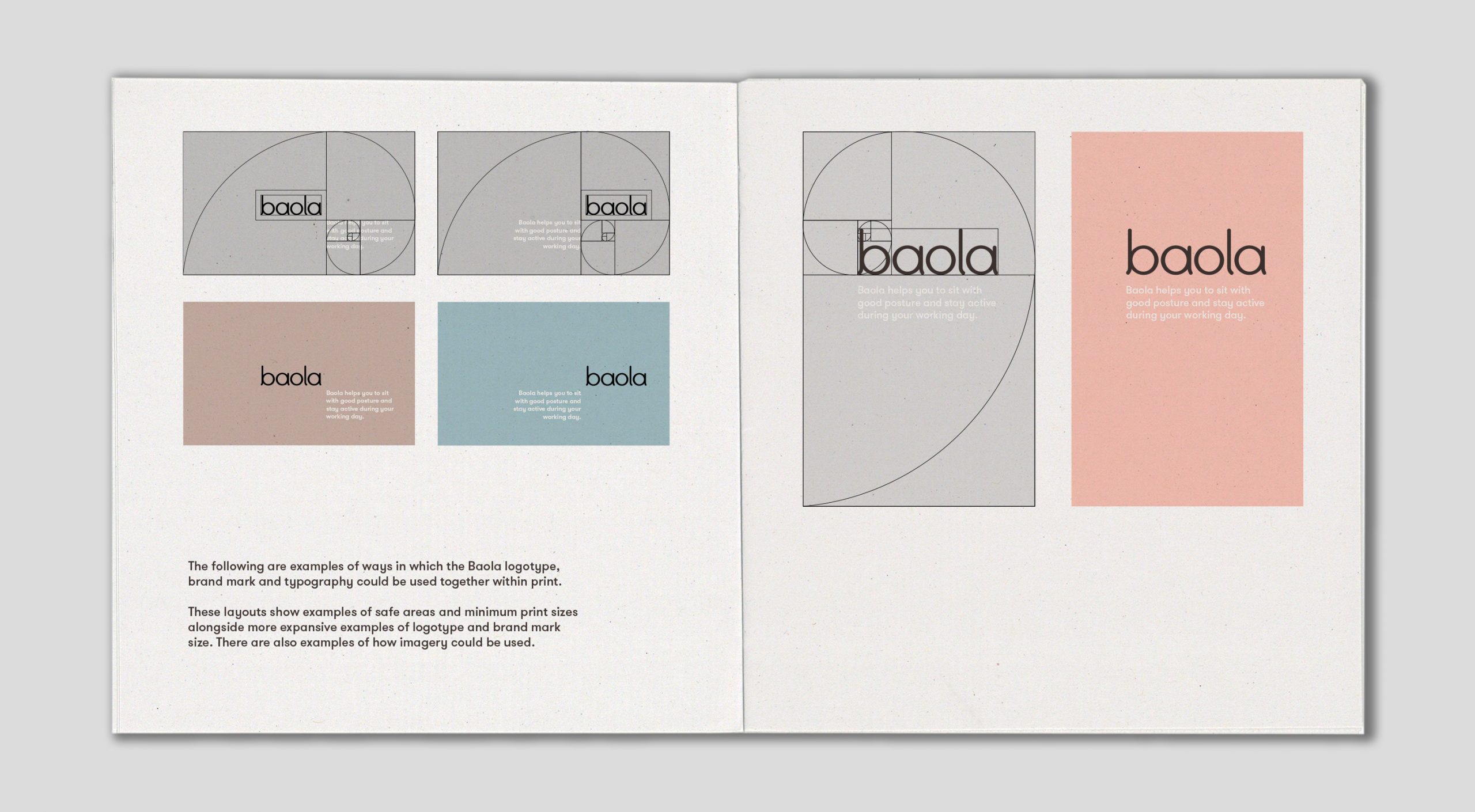 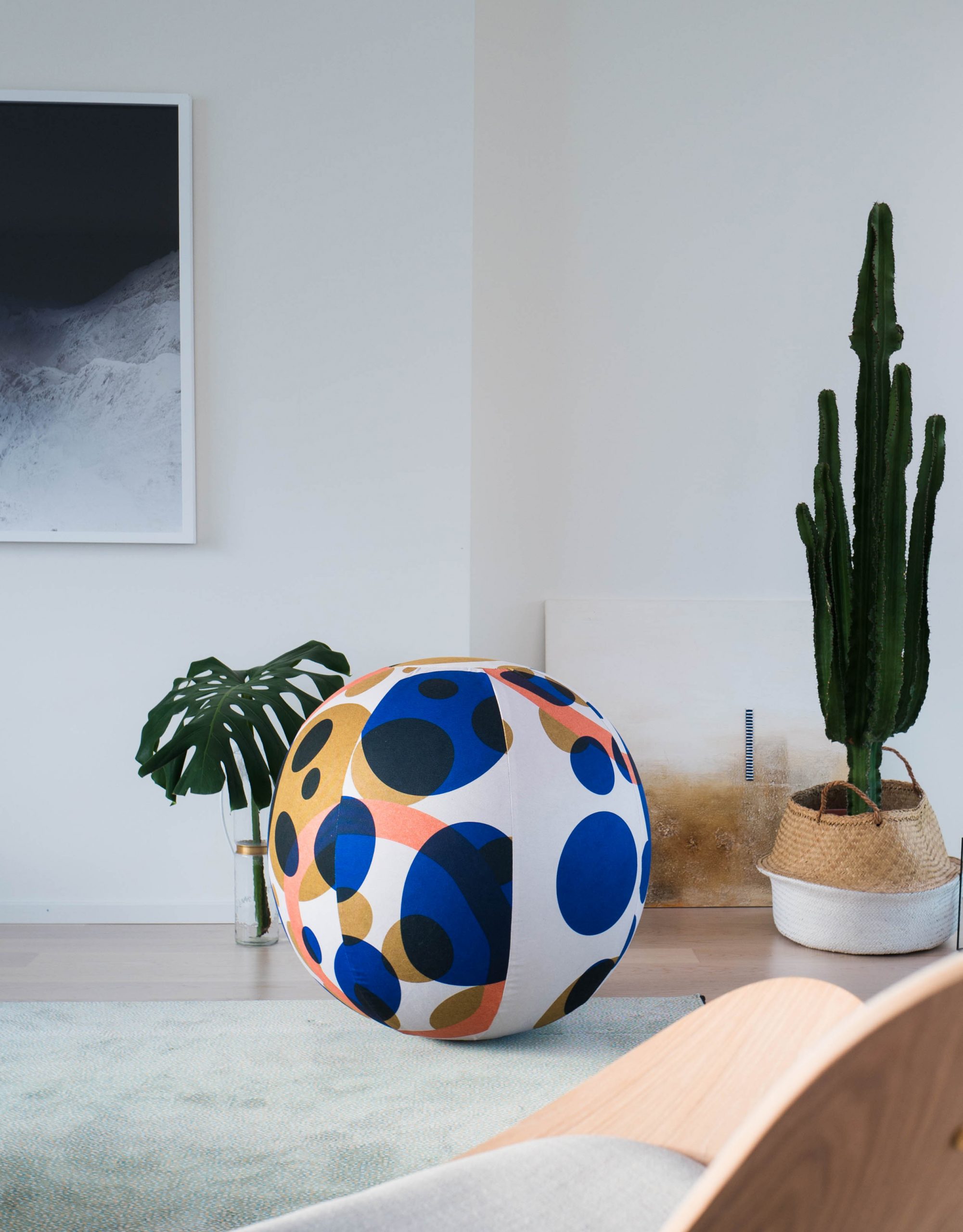 I was asked by Pierre-Emmanuel a creative in France with an idea, to create a way of sitting in an office environment that would benefit posture and wellbeing.

Working closely with Pierre. I helped him bring the visual element of his brand to life. This included working on the branding and design of Baola, from logo to type/colour and implementation, as well as creating the first limited edition version of the product ‘Orbit’ as well as a second prototype design ‘Helios’

The branding of Baola involved the creation of a visual framework that would allow Baola to expand into other areas in the future, whilst keeping a visual relationship to the flagship product the swiss ball.

The fabric designs were developed as a body of exploratory work, in the first instance around the idea of ‘Orbit’. I wanted to create a fabric design that sat in harmony with the object, the idea of planetary orbits and gravitational motion was the starting point. I worked in ink and with colour to get a sense of the primordial coming together of a planet (the swiss ball) echoing this universal process.

Helios was the second fabric design and developed further this idea with the graphic representation of motion fluidity.

You can find out more about Baola by visiting their site at https://baola.co